A new analysis by Burning Glass Technologies, a leading job market analytics firm, surveyed over 500 million job listings. The study confirms findings the firm initially published in 2013: Employers consistently value the “soft skills,” or social/interpersonal skills, that a liberal arts education provides. According to Burning Glass CEO Matthew Sigelman, “the reality is the liberal arts are really close” to what employers are looking for. The findings, he says, are an opportunity for traditional liberal-arts programs “to get past the lazy debate over the value of such education. Employers really value soft skills that are the bedrock of a liberal-arts education.”

The analysis found college graduates can improve their job prospects markedly by acquiring a small level of proficiency in one of eight specific skill sets, such as general business, social media or data analysis. 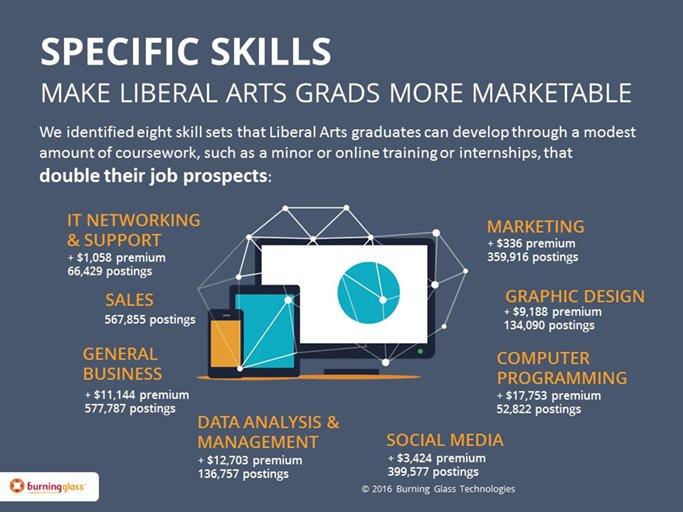 What is a liberal education?

To be clear, a liberal education in higher education terms means “an approach to learning that empowers individuals and prepares them to deal with complexity, diversity, and change. It provides students with broad knowledge of the wider world (e.g. science, culture, and society) as well as in-depth study in a specific area of interest.”

Fareed Zakaria, a reporter for CNN television, who spoke at Utah State University in April 2016,  defined a liberal education as “allowing people to range widely, to read widely, to explore their passions. Let one interest lead to another and on and on. I think that kind of breadth and the ability to feed your curiosity and indulge is incredibly important. It’s what, now in the corporate world, one would call synergy, or out of the box thinking, or the intersection of disciplines. This has always been a central part of what a liberal education has meant.”

A USHE focus on liberal education

The Board of Regents recently adopted its 10-year strategic plan focusing on three primary objectives with associated metrics, of which a liberal education is a primary component of Innovative Discovery. 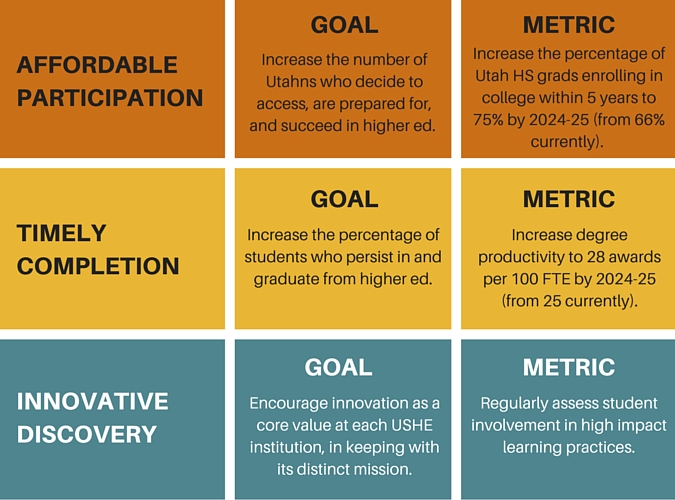 One of the action items of Innovative Discovery is to ensure each student to meet the Essential Learning Outcomes defined by the Association of American Colleges and Universities—a robust set of competency-based outcomes—all of which are best developed by a contemporary liberal education (including student critical thinking, quantitative literacy, communication, and teamwork skills).

As Mr. Zakaria writes in his recently-published book, “One of the enduring benefits of a liberal education is that it broadens us. This may not help make a living, but it will help make a life. We all play many roles, professional and personal, in one lifetime. A liberal education gives us a greater capacity to be good partners, friends, parents, and citizens.”